On July 18, 1917, War Department General Order #95 directed the formation of the 30th Division, to be known as "Old Hickory." Giving homage to President Andrew Jackson, with deep roots to North Carolina, Tennessee and South Carolina - the three primary states the troops forming this Division came from.

According to the Chief of the Militia Bureau's Report for 1917, the troops of these States mustered into active duty numbered 422 officers, and 12,630 men, forming the nucleus of the already designated 30th Division. Most all of these men were already encamped at Camp Sevier, near Greenville, SC.

The Chief further stated that of the men presented for muster, 12.6% were rejected because of physical disability.  It should be remembered that of the North Carolina troops, at least, most had only just returned back home after serving many months of federalized service on the Mexican Border, supporting the Punitive Expedition. The last NCNG unit being mustered out of Federal Service only on July 24th, 1917, enjoying only a few hours of limited "freedom" from active duty.

While much of the soldier's time to date at Camp Sevier had been used constructing and improving that site, it was now time to begin training for a war unlike any they had seen before, with new technological terrors like gas attacks, barbed wire entanglements, aerial bombardment and attacks, and extensive use of machine guns, to name a few. 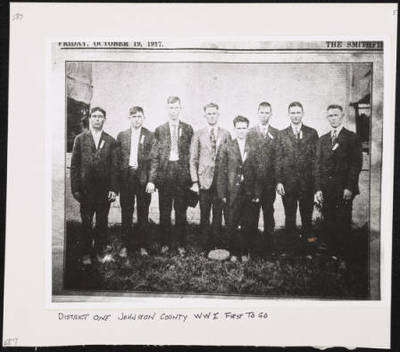 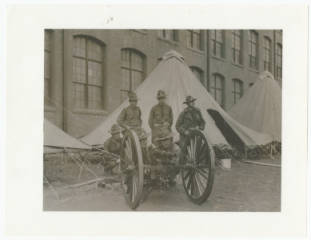 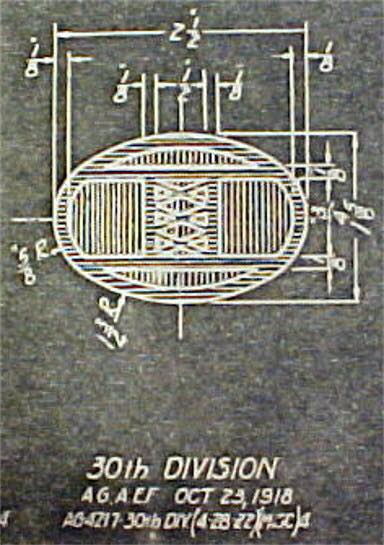 Picture of the first troops from Johnston County, NC      Troops and their howitzer in Gastonia, NC            Drawing of the original 30th patch design